Maribor launderette, The Rise of the Undead, which will take place on March 19th next year, under the patronage of organization Factory of Sound, will premiere German DJ and producer SUTURA. We are sure that he will shake the dance floor of Dvorana Gustaf and take us on a real Hardtechno bliss when we will forget all the problems and worries for a moment and simply indulge in the sound of Hardtechno.

Sutura began his carrier at the tender age of 10, with his first fascination with electronic music. At that time, Electro and Breakbeat dominated the scene. He became infected with Techno music back in the year 1995 when he for the first time heard Miss Djax in action. With great passion and the help of his friend, he started DJing. At his first performance, he felt the magic of the audience, which gave him the energy for the future. Half of his income from performances he invested into the purchase of the vinyl. In the year 2000, he made his first appearance at the legendary Titty Twister event. After this performance, others followed in various clubs around Heilbronn. He impressed the crowd, and the crowd impressed him back. He released his first album in the year 2004.

The next step was to send his demo CDs to music labels. In the year 2006, his efforts paid off, as his tracks were heard by DJ Rush, who decided to release them at his label Kne’Deep. With that, a new era started, as we could hear his production in the performances of famous artists such as Pet Duo, Sven Wittekind, Robert Natus, DJ Bold, Kaoz, Marco Remus, and many others. In the year 2008, the first performance outside Germany came, such as Austria and others.

This journey finally led to the collaboration with Sven Wittekind, as Sven asked him if he could produce a track for his label, named Inflicted. He named it Arabian Nights!. After the performance at Sven Wittekind’s birthday party, where he completely impressed everyone, he became a member of the Abstract agency with releases like Abstract016 and Toolterror013, success soon followed.

His path from here just goes upwards with appearances at the festivals Nature One, Mayday, Syndicate, Toxicator, Ruh in Love, Soundtropolis, and others. He works hard and is constantly creating, which is why friends started to call him a production machine. To date, he released 7 LPs and numerous EPs.

There are a few more early bird tickets available for 10€, and if you want yours at a lower price, visit the link event-tickets. You can also contribute to the pre-meeting in the park behind Dvorana Gustaf, which will begin at 6 p.m. If you would like a physical form of your ticket to keep it as a memory, you can e-mail us to factory.of.sounds@gmail.com, where you will get all the info.

The link to the event MARIBOR LAUNDERETTE – THE RISE OF THE UNDEAD or visit FB event HERE. 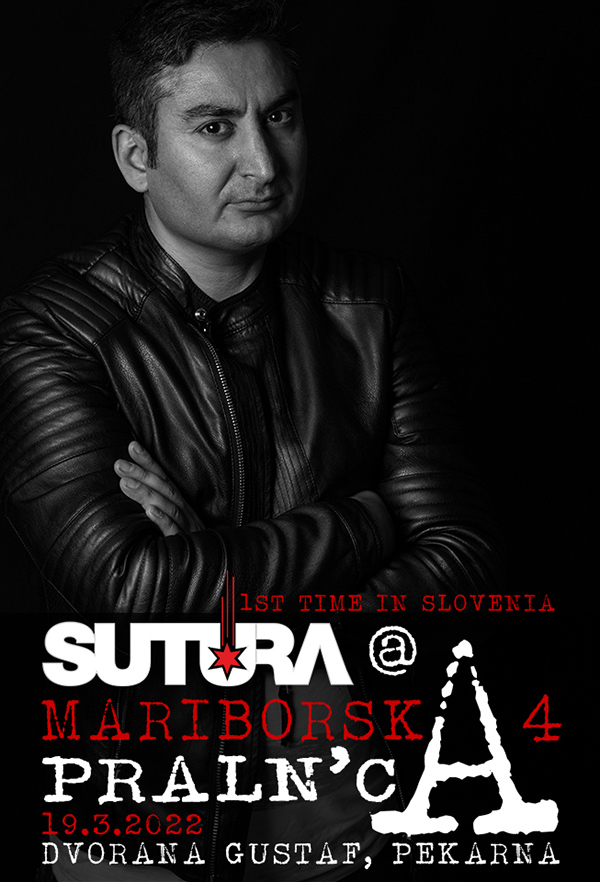